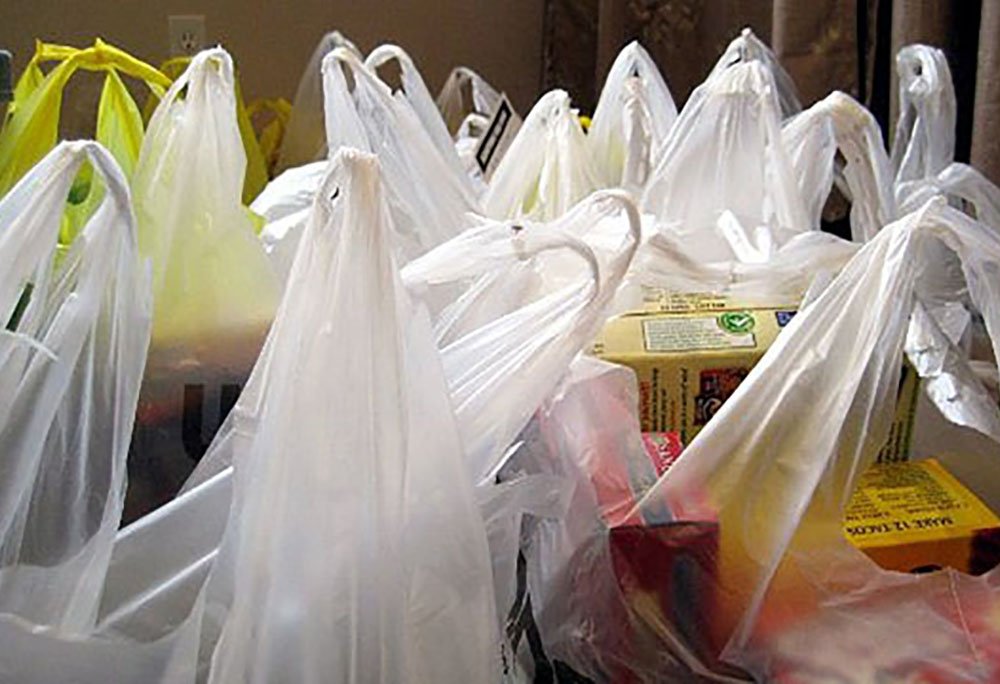 Technically, after the ban comes into effect on 1 July, you can supply customers with a plastic singlet bag which is 36 microns thick, however the NRA strongly recommends that you consider alternative options due to the risks involved in using bags that are ‘barely compliant’.

The current legislation bans all plastic bags, with a thickness of 35 microns or less, with handles including degradable, biodegradable and compostable bags. However, the NRA believes that retailers who use lightweight plastic bags close to the ban thickness (and suppliers who promote them) are exposed to risk.

Firstly, thickness can vary not only on one bag (eg. handle vs body) but per batch. It will be at the regulator’s discretion to measure multiple bags as well as multiple spots on a bag.

Manufacturing processes often allow a tolerance of 10-12%, meaning that a bag specified as 36 microns may be as low as 31 microns. There is no such tolerance allowed in the legislation so manufacturers must ensure every bag will meet the minimum standard of being over 35 microns.

If a bag is deemed to be non-compliant by regulators, the retailer will not be allowed to use these bags and fines may apply. Substantial fines also apply for suppliers who provide false or misleading information about a bag’s compliance.

The NRA have tested several lightweight singlet bags on the market that are promoted as compliant, and many of them fall below 36 microns somewhere on the bag.

Retailers are particularly warned to be wary of lightweight singlet bags labelled ‘compliant’ with the “Plastic Shopping Bag (Waste Avoidance) Act 2008″ – this is NOT the WA legislation.

Future adaptations of the ban

There is scope for regulators to prescribe other bags to be banned bags in future amendments to the legislation. The NRA believes that this poses some risk for retailers (and suppliers) who choose to use lightweight plastic bags that appear very similar to banned bags as consumers are likely to consider them ‘single-use’, regardless of whether “reusable” is printed on them. This could result in consumer backlash or retailers being stuck with large quantities of bags deemed banned at a later date.

A survey of Western Australian households conducted in November 2017 found that 84% supported a ban on lightweight single-use plastic bags. The Western Australian Government also received over 4000 submissions to the discussion paper. Of these, 95% were in favour of a bag ban.

These trends indicate that consumers increasingly want businesses to be environmentally-responsible, not just compliant.

However consumers are unlikely to be able to tell the difference between banned bags and barely-compliant singlet bags because they look and feel like banned bags. These bags could even be perceived as ‘skirting’ the intent of the ban.

Therefore, the NRA believes that these bags are a poor commercial decision. They may be cheaper per unit, but if the majority of customers feel strongly against them, you could actually witness:

The financial ramifications of going against consumer trends could be substantial.

On the flip side, consumers are reluctant to pay for lightweight plastic bags that appear very similar to banned bags, even if they are compliant.

Therefore if you choose a ‘barely compliant’ bag it will cost more as the thickness has increased but you will also have little chance to recoup these costs.

Many retailers are seeing this ban as an opportunity to change long-held expectations of ‘free’ bags, introducing better quality alternatives, charging a small fee, and therefore making this part of their business cost neutral (rather than an unavoidable cost of doing business).

If you do choose to use a ‘barely compliant’ plastic bag, the NRA recommends getting the micron count from your supplier and some form of guarantee from them that the thickness will always be over 35 microns – all over the bag and in every batch. The legislation includes fines for suppliers who provide false or misleading information.

Please note that if your bags are found to be non-compliant, you will need to stop using them, regardless of supplier evidence or the volume of stock you have ordered.

Local government gets behind bag ban

City of Perth joins the fight to reduce plastic pollution